Barcelona will host the 2018 edition of the European Water Polo Championships, according to the unanimous decision of the LEN Bureau, which held its first meeting of the year in Glasgow. The Catalonian capital will organise one of the top European events for the second time after 1970 when the European Championships took place in the city (that time swimming, diving and water polo were in the programme together). The stand-alone water polo European bonanza returns to Spain after ten years, as in 2008 the best national teams played in Malaga.

“LEN is glad to choose Barcelona again, where one great aquatic showcase follows the other” LEN President Paolo Barelli commented the decision. “This magnificent city plays an important role in the world of aquatics, it staged a series of outstanding events, including the World Championships in 2013 and most recently the Final Six tournaments of the LEN Champions League. With all the great venues, the locals’ love for water polo and the vast experience in hosting, the success of the 2018 Europeans is guaranteed in Barcelona.“

The Bureau also allocated other important LEN Events. The 2016 European Masters Water Polo Championships will visit Rijeka (CRO), in 2017 the men’s water polo junior champs will be held in the Netherlands while the junior women will compete in Belgrade (SRB). The hosts of the following LEN Congresses have also been decided: Vienna (AUT) will welcome the delegates in 2015, Rome (ITA) in 2016 and Marseille (FRA) in 2017. Budapest (HUN) is favoured to host the water polo Champions League Final Six tournaments in 2016 and 2017, the final approval is due after receiving formal guarantees from the Hungarian Water Polo Federation.

The Bureau approved the proposals of the Technical Water Polo Committee regarding the entry rules and the playing formats of the continental club competitions. The rule requiring a top two (in cases top three) finish in the domestic league for becoming eligible to play in the Champions League will be strictly enforced from the following season, no exception will be given. Only teams not entered to the Champions League can compete in the Euro Cup.

From the next season lower ranked sides of the respective qualification rounds in the Champions League will be eliminated and cannot continue in the Euro Cup – only the four losing sides of Round 3 (the play-off) will be ‘redirected’ and join the eightfinals of the Euro Cup. 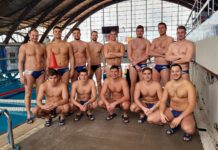 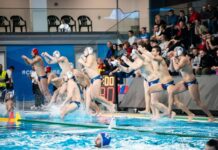 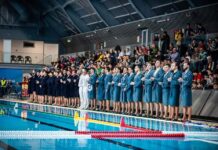 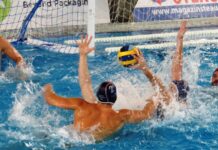