A circle of teams taking part is widening constantly: besides the traditional participants, sides from Bosnia and Hercegovina, Israel and Portugal have also entered the world’s most prominent club competition.

The draw for the first qualification round will take place in Novi Sad this Saturday, on the eve of the Women’s European Junior Water Polo Championships. Thirteen teams will be drawn to three groups of either four or five and the top two ranked sides will advance to the second round. To gain further promotion for water polo, the three hosts were selected with the aim of engaging new territories. It means that in mid-September Banja Luka (BIH), Tel-Aviv (ISR) and Strasbourg (FRA) will see a couple of world-class teams in action as the first round already features a former winner of the cup (OSC Budapest, also regular player in the prelims of the League) and teams recently appearing in the Euro Cup semis and finals (Sintez Kazan, Canottieri Napoli, Mornar Split).

The qualification process is the same as in the previous years, though the number of the teams in the second phase also grew, thanks to the new format which added four more clubs to the wild-card holders. Based on the entries received, 11 teams representing the wild-card holder nations await the six best sides of the opening round and they are to be drawn into four groups (one with five teams). After the usual play-off in the third round – four duels contested an home-and-away basis – the preliminaries will see 16 teams playing in two groups of eight and the trophy can be captured in a Final Eight tournament.

The draw for the first qualification round of Euro Cup will also be held on Saturday in Novi Sad. Here 13 teams joined the opening stage and they will play in two groups of six and seven respectively from where the first four sides qualify respectively.

Teams waiting for the draw

CHAMPIONS LEAGUE QUALIFICATION ROUND I

EURO CUP QUALIFICATION ROUND I 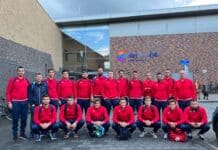 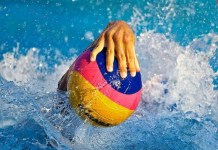 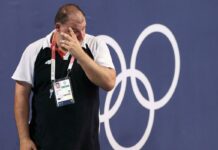 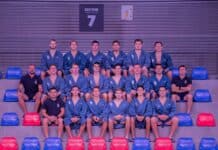