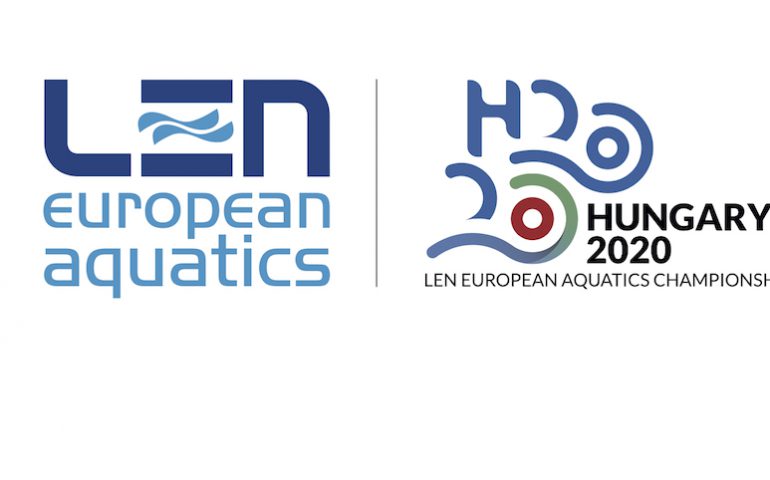 The draw for the 2020 European Water Polo Championships was staged this
evening in Budapest where the continent’s best teams will clash for the
European title for the fifth time in history. The iconic Duna Arena will see a
couple of outstanding matches already in the prelims next January.

On behalf of LEN, Vice-President Fernando Carpena welcomed the guests.
“LEN is proud that Europe is the leading continent in the world of aquatics
and we are definitely the Number One in water polo” he said. “These
European Championships shall be another wonderful celebration of water
polo in January, with the best national teams featuring the best players in the
world.”

Hungarian Water Polo Federation President Attila Vari, two-time Olympic
champion, recalled that Budapest would be the host of this event for an
unparalleled fifth time. “The Water Polo European Championships occupy a
special place in the heart of our country, as we will never forget that in 1926
this well-known event was launched in Budapest” he said. “And after having
experienced the miracle as a host in 1958, 2001 and 2014, we will be
demonstrating our commitment to water polo for the fifth time in 2020, the
fifth time to welcome the best of the continent in our wonderful capital, the
fifth time with LEN we can promote this great sport.”

The ceremony featured former Hungarian greats on stage, the women’s
teams were sorted by world and European champions Rita Dravucz and
Agnes Valkay while the men’s draw was conducted by two outstanding
figures of Hungary’s golden generation Tamas Molnar and Norbert Madaras.

In the men’s tournament Serbia, seeking a record-tying fifth straight title
(Hungary won the first five edition between 1926 and 1938) will face once
more with Russia and Romania in Group B, like in Barcelona 2018. World
champion Italy will meet Greece in the prelims, and their clash will highlight
the first day of the men’s event. Host Hungary is drawn together with world
silver medallist Spain to meet them in the prelims like in Gwangju this
summer, while Croatia and Montenegro is to have another showdown – in
2018 they met in the quarterfinals in Barcelona.

As for the women’s draw, the second leg of the qualification play-offs will be
played this weekend, so here six balls showed teams facing off each other.
Here host Hungary will be together once more with Russia just like in the
previous two editions in 2016 and 2018 – Greece, silver medallist two years
ago, joins them in January. Italy and Spain will also entertain each other in Group B like in Belgrade and Barcelona. The title-holder Netherlands will also play here setting up some brilliant battles in the group stage already.

The European Water Polo Championships shall take place on 12-26 January
2020 in the iconic Duna Arena in Budapest. Both in the men’s and women’s
tournament the champion gains an Olympic berth apiece (or the highest
ranked not-yet-qualified team). The detailed timetable will be available in
early November once the negotiations with the broadcasters finish.
2020 European Water Polo Championships, Budapest

Quotes
Dejan Savic, men’s head coach, Serbia
“The draw is all good. If we finish first and will have a two-day break I might
even have time to go back to Belgrade and continue the Christmas
celebrations! To be a bit more serious, we need to see whom we play in the
quarters, that is the most important match ”

Ivica Tucak, men’s head coach, Croatia
“I’m not happy as we have arranged a tournament for early January with
Montenegro, Germany and France. Montenegro and Germany were drawn to
our group so it seems we have to cancel this important preparation meet.
Maybe we need to have these draws a bit earlier in the future.”

Vladimir Gojkovic, men’s head coach, Montenegro
“This is a tough group, Croatia is the favourite, Germany had a very good
World Championships and Slovakia also improved significantly. So the first
phase is going to be really challenging already before we learn whom we’ll
play in the knockout phase.”

Tamas Marcz, men’s head coach, Hungary
“At first look the draw seems fine for us. We’ve met Spain a couple of times recently, we know them, we know how much they have improved recently. For sure, a win would boost our chances as we would face Russia or perhap Germany to get into the semi-finals.”

Fabio Conti, women’s technical director, Italy
“I think the draw is good, we meet Spain in the group so it’s sure that we
should not face them in the quarter-finals.” 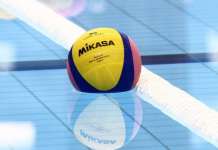 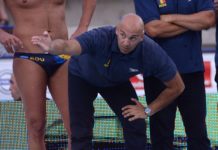 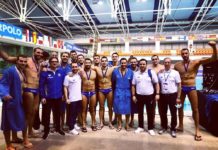